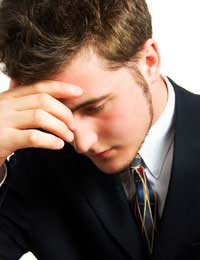 Many men feel too embarrassed to report sexual harassment. They may also feel that it is a dent to their masculinity to take the harassment seriously and lodge a form grievance. Both men and women will suffer in silence through fear of the consequences of reporting sexual harassment. The fear of losing a job, being thought of as a troublemaker or being passed over for promotion can stop men and women reporting workplace harassment. But if the harassment is allowed to continue this can be viewed by other employees as toleration of this behaviour in the working environment.

What Counts as Male Sexual Harassment?

Fighting Sexual Harassment in the Workplace

If an employee is being subjected to any type of sexual harassment the first step should be trying to inform the perpetrator that this is unacceptable. It may be the case that the employee is not even aware that they are harassing another employee. This may be enough to highlight the matter and for the harassment to end. If the perpetrator does not stop then there may be no alternative but to talk to a manager or a member of the Human Resources department. Many companies have their own policies on how to proceed with complaints of harassment in the workplace.

Evidence Gathering for a Formal Complaint

It is important that the victim does keep records of the sexual harassment if a formal complaint is intended. This written evidence should include the dates and times of when the harassment took place. It should also include the nature of the offence and what actually occurred. If any action was taken after the harassment occurred this should also be noted. Any emails, letters or texts should be kept as evidence of the harassment. Always keep evidence outside of the workplace in case it is to be used during court proceedings.

There may be no alternative for the employee who is being harassed but to make a formal complaint. If the manager of a company is the one who is harassing an employee then the complaint should be directed towards the company owner. But if the manager is the owner of the company then there may be no actual alternative but to seek legal action. This can include taking the matter to an employment tribunal. This action should be considered seriously, and if the company does have a trade union it will be a good idea to contact a representative and take advice.

No one should have to tolerate any type of harassment in the workplace. Mutual respect should be prevalent in the workplace between employees, and between employees and managers. The Sexual Discrimination Act is in place to protect employees from this type of abuse. The victim of the abuse may have second thoughts about lodging a complaint but it can put a stop to long-term sexual harassment occurring in a working environment.