Home > Colleague Relations > When Do Jokes in the Workplace Become Harassment? 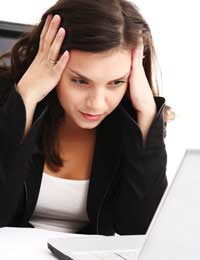 Jokes are part of any working environment and are often used to lighten the atmosphere. But jokes that are constantly directed at one person or can be classed as offensive can be viewed as workplace harassment.

Offensive Jokes in the Workplace

Jokes are a great way to relieve stress in the workplace but employees do need to remember that not everyone has the same tolerance levels. Many people will be offended by certain types of jokes, and while some may see the jokes as harmless fun others may class them as offensive. Problems can occur when the person telling these jokes does not realise they are offensive to others. Jokes that contain sexual or racist content will be offensive to many people. It is not unusual for warnings to be given in the workplace over jokes of this nature.

Jokes that are directed against one person can be classed as harassment. If the joke intimidates, causes distress or humiliates an employee in any way this can be a form of workplace harassment. Jokes that are offensive in nature should not be tolerated, even if the perpetrator of these jokes does not realise they are being offensive. This type of continual harassment can cause severe distress for the ‘victim’ of these workplace jokes. This can be viewed in the same way as playground bullying and has no place in the modern working environment.

Damage to the Working Environment by Offensive Jokes

Offensive jokes can quickly turn a harmonious workplace into a hostile environment. Many employees who are offended will not feel comfortable expressing that they do find these jokes offensive. Suffering in silence is often the price that many people pay to ‘fit in’ to a workplace. Being seen as someone who cannot take a joke or as someone who is too politically correct can stop some employees complaining about offensive jokes. Bullying and harassment of this type can seriously change the workplace atmosphere and should not be tolerated.

Combating Offensive Jokes in the Workplace

Talking to the person who is telling the offensive jokes will hopefully be all that is needed to eliminate the problem. If the joke teller was unaware that they were being offensive this may be all that is required to stop the problem. If more than one person is offended by these jokes then a delegated person can be asked to have a quiet word with the joke teller. If a manager has noticed this problem it may be an idea to hand a staff handbook with workplace etiquette rules to the person. The handbook should include rules on what will and will not be tolerated in the workplace.

Reporting Harassment to a Manager

If offensive jokes in the workplace do continue then there may be no alternative but to report the matter to a manager. The manager should use discretion in this matter and does not need to name the person who made the report. A manager can simply have a quiet word with the person to make them aware that these jokes are causing distress to others. An alternative could be to send an email to all employees as a reminder of workplace rules including the use of offensive jokes. Hopefully this will be enough to stop the problem before it can escalate any further.

Disciplinary action against an employee is often the last resort if this type of harassment occurs. But there may be no alternative for a manager but to give verbal or written warnings. This will mean that the offence will be documented on the employee’s file, which could damage their chances of career progression in their company. Harassment in the workplace is a serious matter and managers should never be biased if this type of conflict occurs. A solution should be found to the matter, and disciplinary procedures may be the only solution open to a manager.

Harassment in the workplace is a serious matter and companies should have policies in place to deal with harassment issues. Offensive jokes can cause real distress to employees and make working life difficult. It is not uncommon for offensive jokes to soon cross over into harassment, which employees do have protection against. If left unchecked, this kind of harassment can lead to employment tribunals, which can have very serious consequences for employers.