Home > Management Relations > How to Address Problems with Your Manager

How to Address Problems with Your Manager 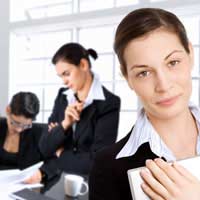 Just as there are bad teachers and doctors, so too are there bad managers. Just because they are senior to you in the workplace, it does not inherently mean that they are good at their job. It is important that you are able to deal with a problem with your manager as soon as possible in order for the issue not to fester, make you want to leave your job or start to effect you unnecessarily.

It is more than likely that your company is well aware of the shortcomings of your line manager. Unless you work for a one man band, your line manager will have a boss of their own, so as long as you deal with the issue in the appropriate manner, there is no reason why you should just put up with a difficult situation.

If the problem is not directly related to your manager but you know that they may not have time for or take your problem seriously, you ought to consider the option of discussing your issue with your HR manager, or perhaps waiting until your line manager is on annual leave an bringing up the problem with their boss, or the line manager of another team, depending on how long you are able to wait and the urgency of the issue.

It is worth your while to invest some time in clarifying what your problem is because this will make it both more likely that you are not seen as just complaining and also that the problem can be resolved.

Firstly, think about the particular issue. Is it performance related? A training or support issue? A problem directly related to your manager? Or someone else on your team?

If your problem is directly related to your manager, it is worth you identifying the type of person they are, as well as the type of manager. What is your manager’s ego like? Some managers want to be your friend, where others like to exaggerate the ‘boss, staff’ relationship. Do they like to patronise you in meetings or are they encouraging?

How to Get the Ball Rolling

If, once you have established the details of your issue and have thought about the personality quirks of your manager, you feel able to approach them directly, there are a few ways to initiate the conversation.

If you want to bring their attention to a relatively small matter, such as waning additional training, either pop your head round their office door and ask for a chat for email and ask when would be a good time to talk.

If you have a more involved or serious issue, such as problems with a colleague or project, you could also send an email, but acknowledge the purpose of your meeting. You could say “I would like a confidential meeting with at some point this week to discuss issues with the x project. Can you let me know when would be a good time for you?”

Speak Out in a Tricky Situation

The trickiest of issues to deal with is when the problem is directly related to your line manager and they are unapproachable and egotistical. Perhaps this may be the point where you feel that you would prefer to look for another job is your manager is so difficult, but it may be that other members of staff feel the same and your bravery will help them to speak up, or that your manager’s boss is aware of the problems and your comments may support their suspicions.

So, let’s say you are feeling brave and are keen to not have to find another job just because your manager is not performing well in theirs. You can make an appointment to talk to your line manager and request that a colleague, other manager or HR manager joins. This need not look too confrontational, unless you want it to. Just send an email to the three people you think are appropriate and suggest a time and location – a private meeting room, or even a coffee shop if your being seen together would set tongues wagging.

As the meeting approaches, this is where your preparation will come in handy – there is no point having the courage to speak up without making your case clearly and accurately. As long as you keep factual, positive and keen to resolve the issue, you will have the support of your organisation and will gain greater respect in the workplace.